Nicki Laborie is the Founder and Director of View the Vibe. She comes from a worldly home, having been afforded the opportunity to travel the globe regularly during her years as a young’un. She grew up in La Belle Province dans La Belle Ville (Montreal for those not in-the-know), but often summered in Bordeaux and the French Alps. (Lucky gal.)

An avid seeker of new experiences and destinations, after attending LaSalle College in Culinary & Restaurant Management, she moved to the Big Apple to finish her studies at the Fashion Institute of Technology. A Bachelor’s Degree in Fashion Marketing and Communications and some event planning later, she found herself in public relations, marketing, and branding where she worked on top brands like Kenzo, Bottega Veneta, Piper Heidsick, Mont Blanc, as well as with the famous Chef Charlie Palmer.  This re-ignited her love of the culinary world leading her to a brief stint with her own catering company back in Montreal.  A couple of years later, Nicki moved to St. Maarten (let’s reiterate: lucky gal) and wound up running a high end sushi restaurant/nightclub on the beach. (One more time for the cheap seats in the back: lucky gal.)

After four years on the beach, Nicki repatriated to Toronto where she ran Eden Trattoria on the Humber Bay Shores for three years. Her combined experience in public relations, marketing, branding, hospitality, and restaurants led to her scratching her head through tumbles of untamable hair, “There’s got to be a better way to view the vibe of a restaurant before you go.” Eureka! The View the Vibe video guide was born! Fast forward a couple more years, and now she’s added the View the Vibe News Site to VTV’s many online properties.

Few in this city know more about the restaurant scene – and the inner workings of these favoured establishments – than Ms. Nicki. Have a question about restaurants, food, or drink? Hit Nicki up for an answer! Rizwan Malik on Success, Coming Out and Horsepower Faces of The 6ix: How this Teenage Photographer has been Shooting “Celebrities” he Stumbles into Since Grade 9 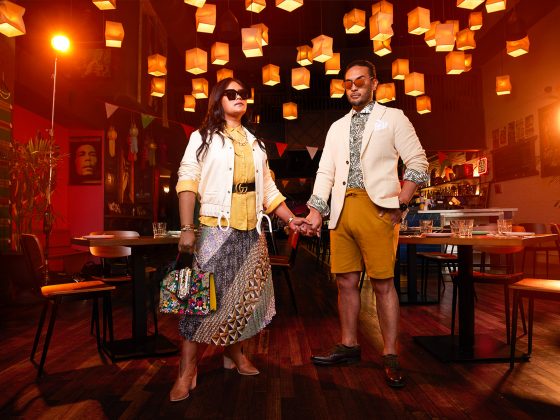