Last Friday evening the 13th annual Toronto motionball Gala took place at the opulent Liberty Grand. A national non-profit organization, motionball raises funds and awareness for Special Olympics Canada. This year’s event, ThreeSixtyFive, brought together over 2,100 celebrities, young professionals and Special Olympics athletes for a night of music, dance, and support for a tremendous cause. Celebrity co-host, Carmen Electra kicked off the evening as a collection of gowned and gorgeous ladies and sharp dressed lads strutted through the four seasons-themed rooms. It was not simply a night to mingle, but one to marvel at the traction that the Special Olympics have received in recent years. The men behind motionball are brothers Mark, Sean and Paul Etherington. The three have been working with Special Olympics initiatives since childhood. The Sports Celebrities Festival was founded by the Etherington’s parents and has raised over $25 million for Special Olympics Canada since 1983. 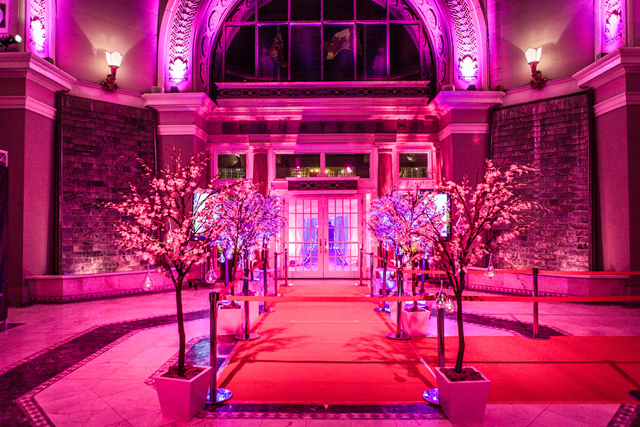 High-profile entertainers like Carmen Electra and DJ Skratch Bastid heated up the stage in the Ice Room, and live performances by Enriquez and Running Red Lights brought the light to the Autumn Room. The collection of athletes and contributors was commendable, and the camaraderie amongst attendees was palpable.

As this year’s Toronto event exemplified, motionball encourages Canadians to assemble and show their collective support for the long-term stability and success of the Special Olympics in Canada.