“The city shines brightest at night.” That’s the tagline for Nightcrawler, Jake Gyllenhaal’s newest independent-ish buzzy flick. It’s also a fitting mantra for everything that happens near and around the Bell Lightbox epicentre. And Soho House would most certainly have top billing.

Indeed, the celebration for Nightcrawler was a waiting game, anticipation-inducing for journos and star stalkers who just want something, anything, to happen and officially usher TIFF’s first and strongest (party) weekend into boldfaced existence.

“When are they getting here?” It’s not they, babe, it’s simply he. Gyllenhaal was obviously the name on everyone’s lips but somehow, it’s not entirely polite to run around asking when the man of the hour would arrive, already 45 minutes behind schedule. Which I did anyway. Or got other people to do for me. 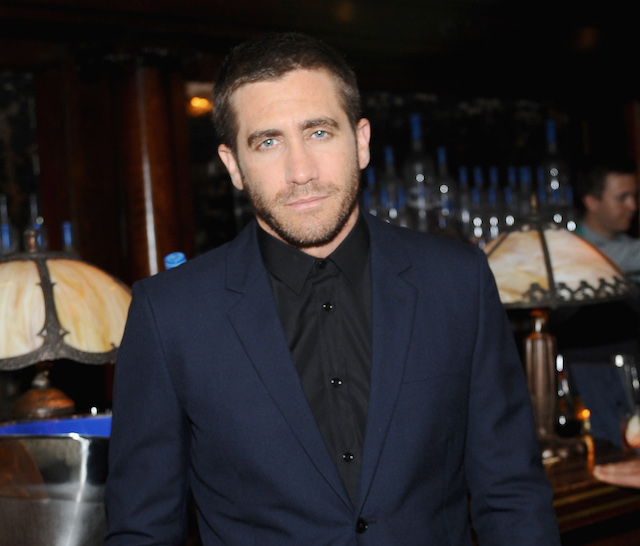 But, for now, the scenic route. Rene Russo, the ‘90s bombshell who vanished during the Y2K meltdown, appeared to be drinking every last drop of those flashing lights. She floats like Cloud Nine is her chauffeur, smiling, posing, laughing, doing those things female stars are supposed to do. And it’s been a while for her, I imagine, not remembering the exact title of any movie she’s been in. Like, how did she land a role in a movie making serious waves, years past her Hollywood prime? Two things I discover: One, Russo is actually married to Nightcrawlers director Dan Gilroy – and I’m not passing judgements; two, after seeing a screening of the film, she’s bloody brilliant and still has whatever “it” is, especially in a Mexican-inspired fringe skirt that clearly shows she survived the turn of the millenium with excellent taste intact. A quick on-site Google reveals she’s 60. SIXTY! Bravissimo, bitch, work like the rent is due tomorrow. Goddess through and through.

And that’s not to forget co-star Riz Ahmed, who mingles and mixes with Russo as they await the leading man. Ahmed is a gorgeous little man, who plays a drifter looking for a big break in the movie, but looks class all the way tonight.

And, finally, an explosion of light from the corner bar. Jakey’s here, looking delicious and well-rounded, having gained back much of the 20 pounds he had lost for the role. His YSL suit is picture perfect, literally, and Russo makes her way past all the handlers to drape herself over him. Make me relevant again, she says with her eyes. Kidding. It’s all small-talk and brief smiles in between Gyllenhaal’ s smoldering camera face, which secretly makes all of us laugh. Awww.

Even Zeus himself couldn’t stop the lightning from hitting Soho. It was the first time I’ve ever seen paparazzi running up and down Simcoe street because of all that electric energy. Why? Captain America himself, Chris Evans, was spotted walking to the entrance like it was no big deal, starting the celeb trend for the night: Jennifer Garner, Jason Reitman, Chris Pine, Sam Caflin, Ellie Goulding, Harvey Weinstein, Jason Priestley, Douglas Booth, Eddie Redmayne, Darren Aronofsky, Max Irons, Jamie Lillywhite and Joffrey Lupul.

Yup, if you want a front-row seat, hang out at the convenience store across the street.