If you got to this article by Googling “Tips to Hide A Hangover,” and it’s 8am on Monday morning after too many Christmas parties over the weekend, you’re in luck. You’ve got just enough time to redeem some sense of self-pride today. I hate coming across beauty/grooming articles on how to effectively cover up a hangover only to see pathetic suggestions like “wear mascara.” Dude, no mascara is going to cover up the residue of a night spent shooting eggnog shots and overindulging in wine or beer.

This guide is for the reckless rebels who still have a presentation to do at the office despite having a liver that is about to explode from too much christmasing the night before….

Clear Eyes Maximum Strength Redness Relief
I have a friend who’s been to rehab eight times. As much as I would like him to address the fact that rehab visits aren’t like coffee stamps on your Starbucks card, he definitely knows all the tricks when it comes to covering up a serious night of partying. He swears by Clear Eyes Maximum Strength Redness Relief over all other eye drop brands, insisting that, “Your eyes will be so white that even your own mother won’t be able to tell.” Given that his mom is the one footing the bill for his rehab visits, he is definitely not kidding around.

Degree Men Clinical Antiperspirant in Clean / Secret Clinical Original
Really hardcore alcoholics drink vodka because they claim it actually smells less the next day. If you knew that already, then I suggest this amazing hangover cure called AA that you apply every day like antiperspirant and eventually you stop smelling for good! For everyone else, just know that you’re probably going to start smelling really awful by the early afternoon. Hungover people are always worried about how they look, but the most important detail to covering up a hangover is masking how you smell. A beat up face can always be attributed to a sleepless night or listening to Adele, but the smell of a carcass rotting is a dead giveaway that you partied too hard last night. If you can’t call in sick, opt for a clinical strength antiperspirant that’s going to go into overdrive around 3pm when your pores will really start to force what’s left of the Jameson out of your system via the wasteland that is your armpits.

Vita Coco Coconut Water
Your skin’s going to look like sh*t today, that’s a given. If you’ve noticed that your urine is the colour of Snooki, that’s because you’re totally H20 depleted. Sure, your skin still looks puffy in the morning, but it’s going to collapse like a dying helium balloon by mid-afternoon. Start chugging electrolyte-filled coconut water from the moment you get up and throughout the entire day. There’s no skin cream on the planet that can make you look more alive than fighting this battle from the inside. There’s some kind of Trojan Horse metaphor to be made here, but your head is too sore to even think about that right now. Sure, coconut water is expensive, but so were those Manhattans that got you into this mess in the first place.

Clean & Clear Oil Absorbing Sheets
Okay, so you’ve taken care of the armpit situation, but nothing will discredit anything you say today more than having the sweaty, red face of a binge drinker. (Unless, of course, you’re the mayor of a major city, in which case this look is apparently totally acceptable.) Grab a pack of oil absorbing sheets at the drugstore and inconspicuously blot your face throughout the day. Your skin’s going to be over-producing oil to compensate for how dehydrated it feels. Blotting it isn’t exactly going to be good for your skin, but neither was that weird Mad Men drinking contest you made up either… and that did happen, so here we are!

Clé de Peau Beauté Concealer
You’re going to want to moisturize like crazy before applying concealer, unless your plan to hide your hangover is a day-long performance art piece personifying Edvard Munch’s The Scream. This concealer blends like it was made to be wielded by one of the greatest artists of our time… and maybe that could be you… on a different day… when you’re feeling a little less puke-y and mortified… and this horrible hangover is just a long-lost memory.

Know of another cure you want to share? Let us know in the comments below or tweet us at @ViewtheVibe. 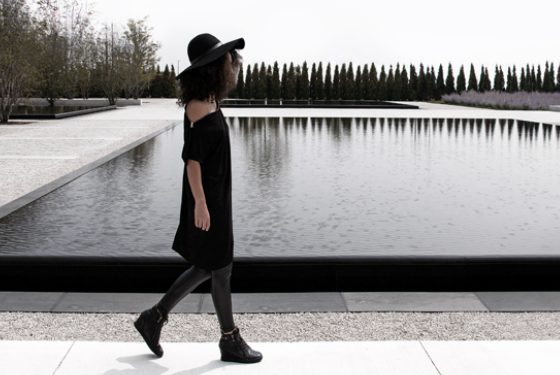