In a collaboration with artist An Te Liu, the Gardiner Museum’s Artist Intervention series has afforded itself an opportunity to showcase striking objects of familiarity while juxtaposing them in a manner that provokes thought and intrigue. By transforming styrofoam packaging into ceramic sculptures, with MONO NO MA, there is a bit of wonder and awe as one stands entranced at the figures. The forms are a blend of modernist and functional form. Your mind tries to grasp at the objects because they recall tangible forms we use on a daily basis. Rigid shapes taper off into slender curves. Resulting from these 19 works is an opportunity for an open dialogue. Mr. Liu is much like his sculptures: willing to push boundaries and learn to wield a new craft. With grace and charm, he mentioned that he didn’t know much about ceramics at the outset but was willing to learn. Once the wheels were set in motion, he jokingly mentioned that progress was swift and with three kilns firing pieces, to him, it was akin to an episode of Breaking Bad: “We gotta cook it now!” 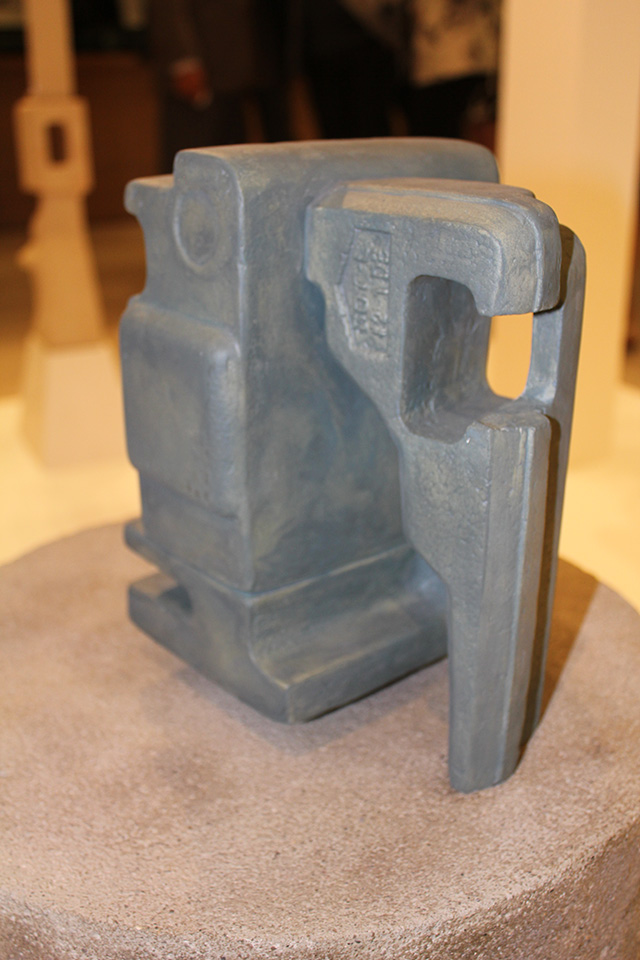 Fittingly enough, the museum provided the space and an exclusive look to celebrate An Te’s works just nights ago, with delicious bites from à la Carte Kitchen, beer from Steam Whistle Brewery, and delightful bubbly wine from Barefoot. DJ John Kong was outside on the patio blaring sonic beats for attendees to soak up the relaxed and welcoming environment. The MONO NO MA exhibit is open for public viewing from until November 11th, 2013.